Finn Projects is an energy management services company in Toronto, Ontario. In December 2020, they were hired by a car dealership in Mississauga to investigate a curiously high electricity bill at their facility. The following study was conducted by Finn Projects over seven days. 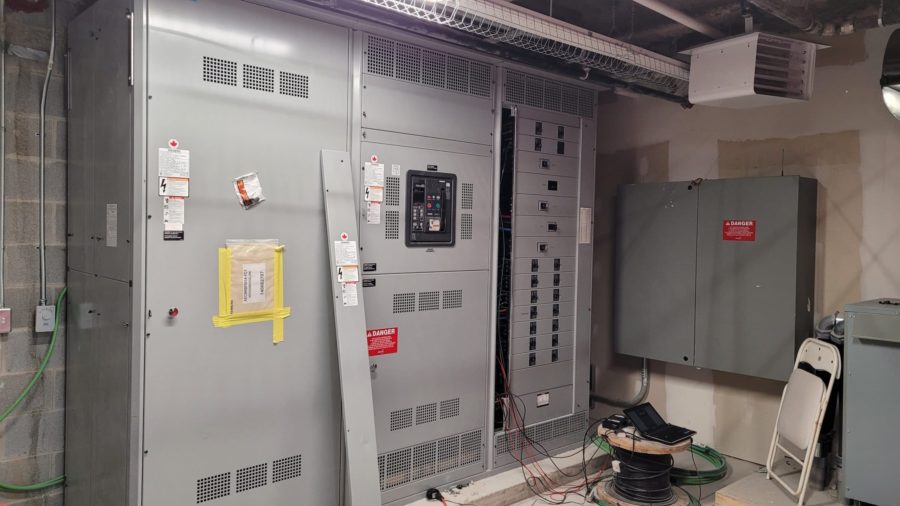 For this study, Finn Projects used a PowerSight power analyzer and installed it on the main power distribution panel in the car dealership’s facility. The study ran for a week.

A quick check of the voltage and current profile over a seven day period looked reasonable, with current aligned closely with the demands of the service department during weekday business hours. Voltage supply was not tight, but was adequate for the requirements and nothing suspicious was noted.

As expected, the power consumption followed the current profile very closely.  All phases were fairly balanced and the total was roughly 3X each phase, as expected.  Very believable profile.

Energy consumption revealed a KWH rate substantially less than what was being billed.

A summary report was quickly created, using the PowerSight ReportWriter Wizard™. It reported both the elapsed cost during the 7 day period and the extrapolated estimated cost per month, which was dramatically less than what had been charged. The summary table (shown below) and the data graphs of the report provided a compelling story that something was amiss with the utility’s meter. 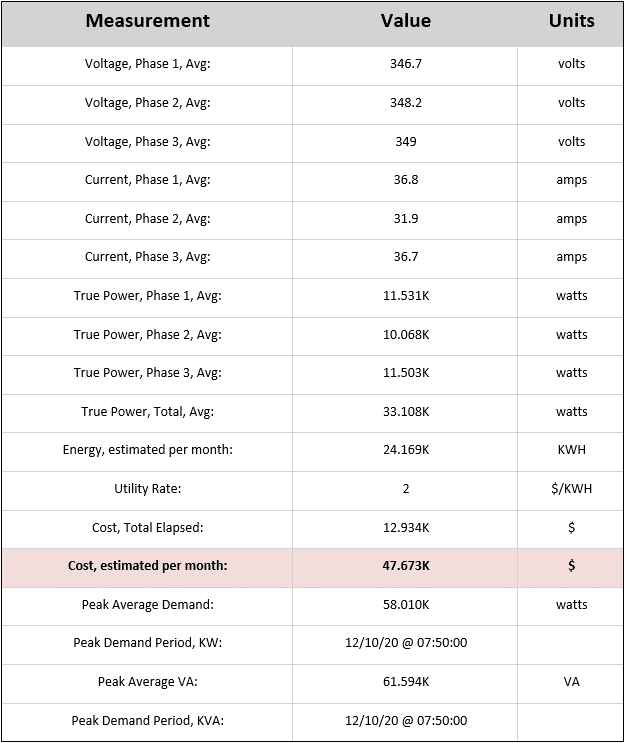 The output data and report from ReportWriter convinced the utility to investigate further. After investigating, the utility discovered that they had failed to properly setup a recently installed utility meter. The decimal point was erroneously misplaced one digit to the right, meaning the car dealership had been getting charged 10x the correct amount. The utility company made the correction and now the dealership is saving $20,000 per month.